The Purpose of Marion County Youth Bassmasters is to promote and encourage youth fishing through education of fishing ethics, sportsmanship, fishing techniques, and conservation of natural resources. To fulfill all responsibilities we owe to our community, our state, and our society to help maintain natural fishing resources. 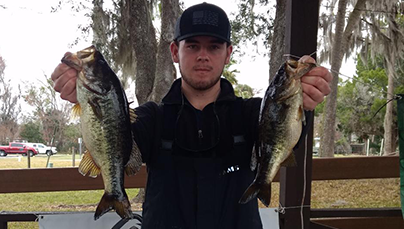 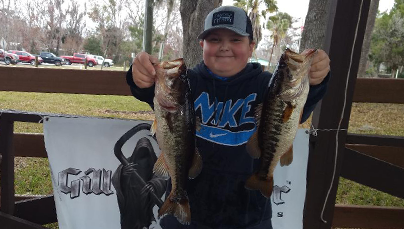 For the current 2020-21 season and previous tournament results click here. 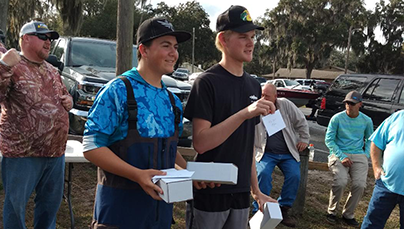 Register for the next tournament. 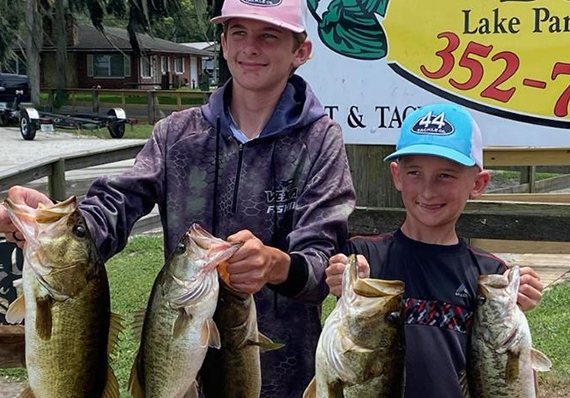 Marion County Youth Bassmasters had a great weekend for the Club Classic! Day 1 was out at Lake Sante Fe and Day 2 was on Lake Yale. Leading the Jr Division on Day 1 was the team of Justin Pitts and Michael Antonov with 7.39lbs, close behind was Beau Inman and Kalum Stiffler with 5.82lbs and not too far behind them was PJ Mcclure with 3.15lbs. Day 2 turned out to be a shocker when the Dark Horse Landon Haynes who only weighed in 1.29lbs on Day 1 brought in a 17.83lb sack that was anchored by a Lake Yale 6.84lb Younder! Landon's Day 2 effort gave him a two day total of 19.12lbs and the crown of the Junior Divison Classic Champion! 2nd went to Michael Antonov and Justin Pitts with a two day total of 16.52lbs and 3rd went to Beau Inman and Kalum Stiffler with their two day total of 12.95lbs. Landon's surge also tied him up with the points leaders Beau Inman and Kalum Stiffler! Both teams will be awarded Team of the Year awards for a great competitive season fished!

On to the High School Division! The High School teams straight brought it this year. With the Teams of Tyson Verkiak, Claude Loftin, and Copper Hughes, Isaac Dorland going into the Classic tied for the top spot on the Points Leaderboard it was sure to be a slug fest! Tyson and Claud lead Day 1 on Sante Fe with 17.73lbs and right on their heels was Cooper and Isaac with 14.83lbs thanks to Isaac's 8.11lb Sante Fe Giant! Not far behind was Ethan Tuttle and Timmy Cole with 12.51lbs! Day 2 got very interesting! Tyson and Claude put on a clinic bringing 24.09lbs to the scales giving them a 2 Day total of 41.82lbs! That gave them the crown of the High School Classic Champions and they took home the points race as the Team of the Year! Cooper and Isaac brought in 17.42lbs which gave then a two Day total of 32.25lbs that helped them secure 2nd place. Ethan and Timmy held on to 3rd with a two Day total of 23.03lbs! Isaac's big bass from Day one held on to be the Big Bass on the High School Side!

Thank you to all of the boat captains, parents, and our sponsors for making this Season a very successful one! Without all of you this would not be possible! We will wrap up our season with a Cookout and Year End Awards on June 6th. Time and Location TBA. 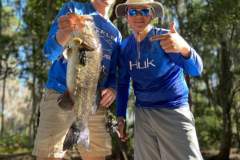 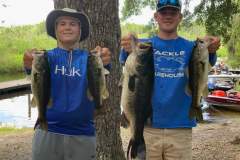 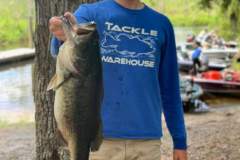 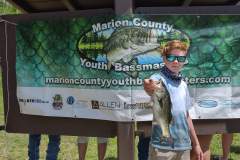 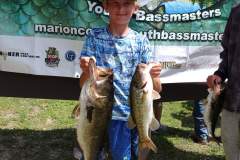 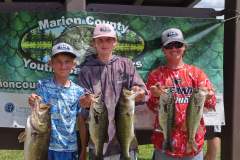 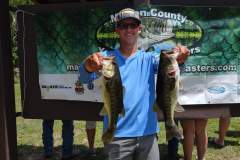 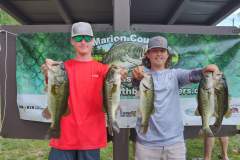 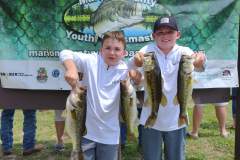 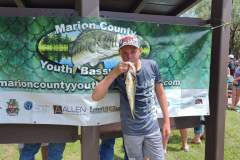 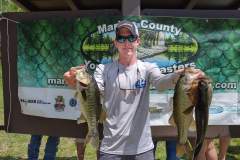 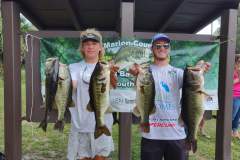 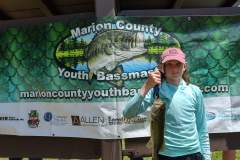 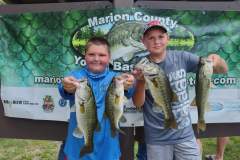 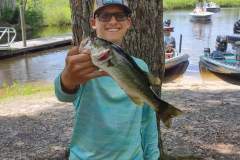 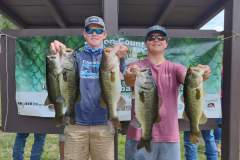 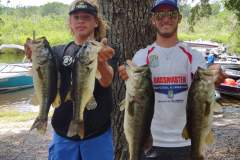 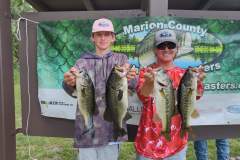 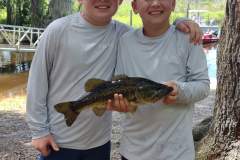 Jeremiah 29:11
"For I know the plans I have for you," declares the Lord, "plans to prosper you and not to harm you, plans to give you hope and a future."